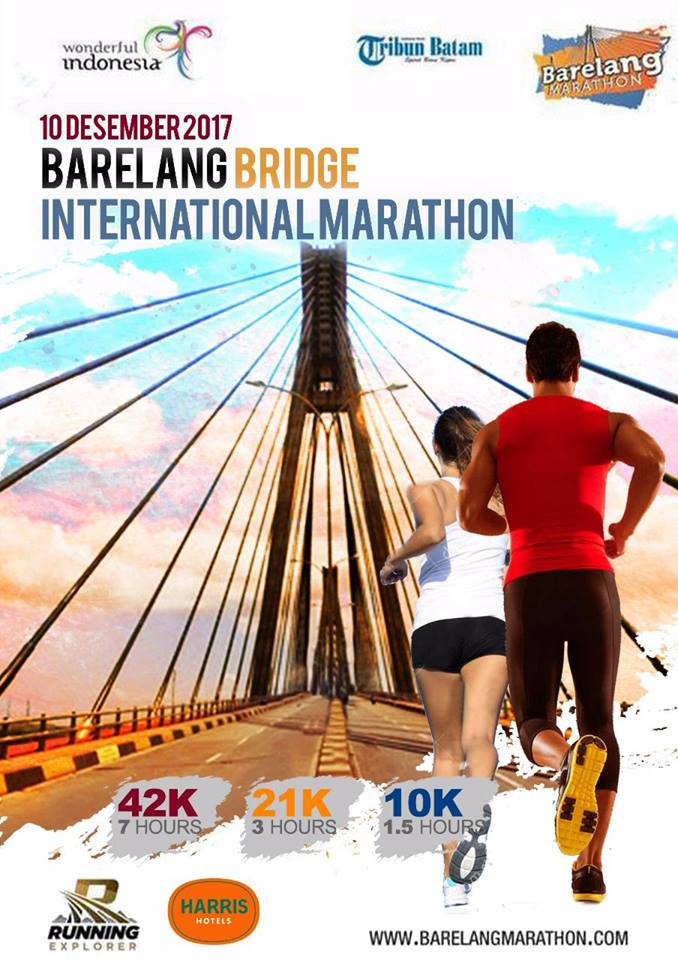 BARELANG BRIDGE is the most beautiful and longest bridge in Indonesia with 6 Bridges connects the islands, at Batam Riau Island Indonesia. BARELANG BRIDGE MARATHON will be held on 10 Desember 2017 in The Barelang bridge.

The race category will be on 10K, 21K and 42K and having course that will take runners to run on the bridge, the beauty of Barelang and the beauty of scenery 3 Islands, Batam Island, Rempang Island and Galang Island. A course will also take runners through places of 6 different bridges of Barelang and give the different vibe and beautiful scenery for the runners. Estimate around 1500 participants could join this event with international runners around the world and also domestic runners, will run the race of their lives on Barelang bridge. Batam with Barelang bridge selected as the location for this event because of the strategic position and one of the iconic bridge over the sea in Indonesia with the existence really interesting and allows the fans of running in Indonesia and abroad to participate to enjoy its presence, supported by facilities roads are nice and wide as the race track plus a fresh atmosphere that makes the participants want to try. Road run activities that running use the highway as a trajectory in this case is Barelang bridge that connects the island of Batam, Rempang and Galang. 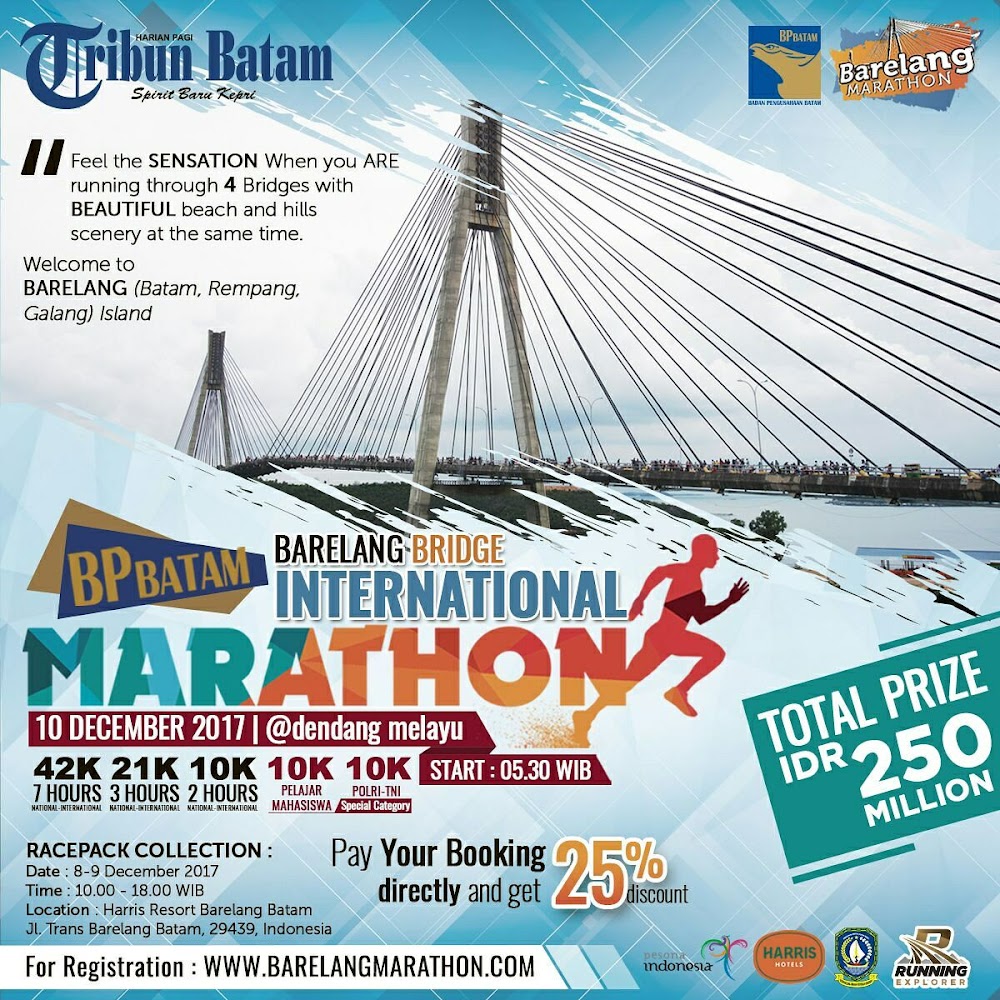