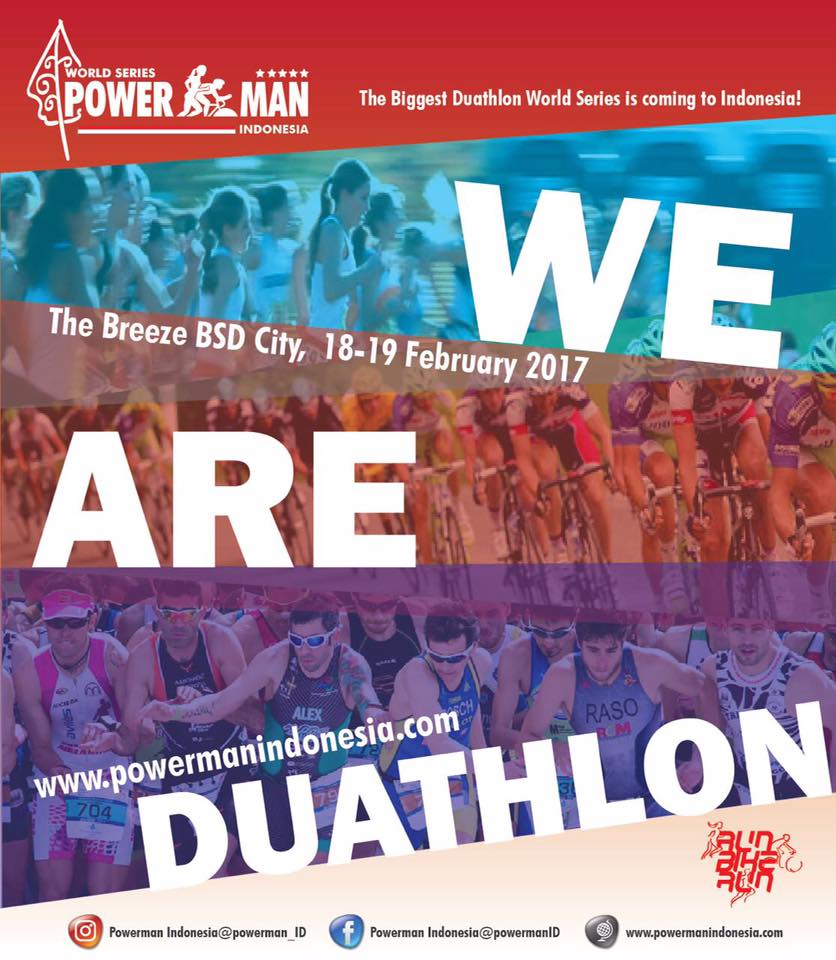 It’s another one! If you run and bike strong enough the swim is now optional in Asia Pacific. A huge series of regional Powerman Duathlon competitions with great prize money and competition Dec-March.

Following on to the phenomenal surge of multi-sport races in Asia, the number of duathlete enthusiasts swell in the region, leading to the introduction of Powerman Indonesia, a run-bike-run world-series happening on Sunday, 19 February 2017. The inaugural race expects to receive over 1,500 registrants from across the region. An area half the size of Paris, BSD City is the most ambitious urban planning scheme in Indonesia to combine housing, business and commercial properties. The robust growth of duathletes in Asia led to the debut of Powerman Indonesia. We are keen that Powerman will captivate the local market, especially with the surge of interests in running and cycling. We saw the opportunity and took immediate action to introduce the worldŌĆÖs most competitive duathlon in Indonesia. This is our first event in the country, and more major-scaled events can be expected in the future.

Powerman, the premier label for long-distance duathlons, is hosted in over 15 cities across four continents, with a total participation of over 25,000 contestants worldwide. Powerman Indonesia will be latest addition to the series.
Instagram #PowermanIndonesia
LariKu.info/powerman-indonesia-2017 Powerman Indonesia ŌĆó 19 Februari 2017