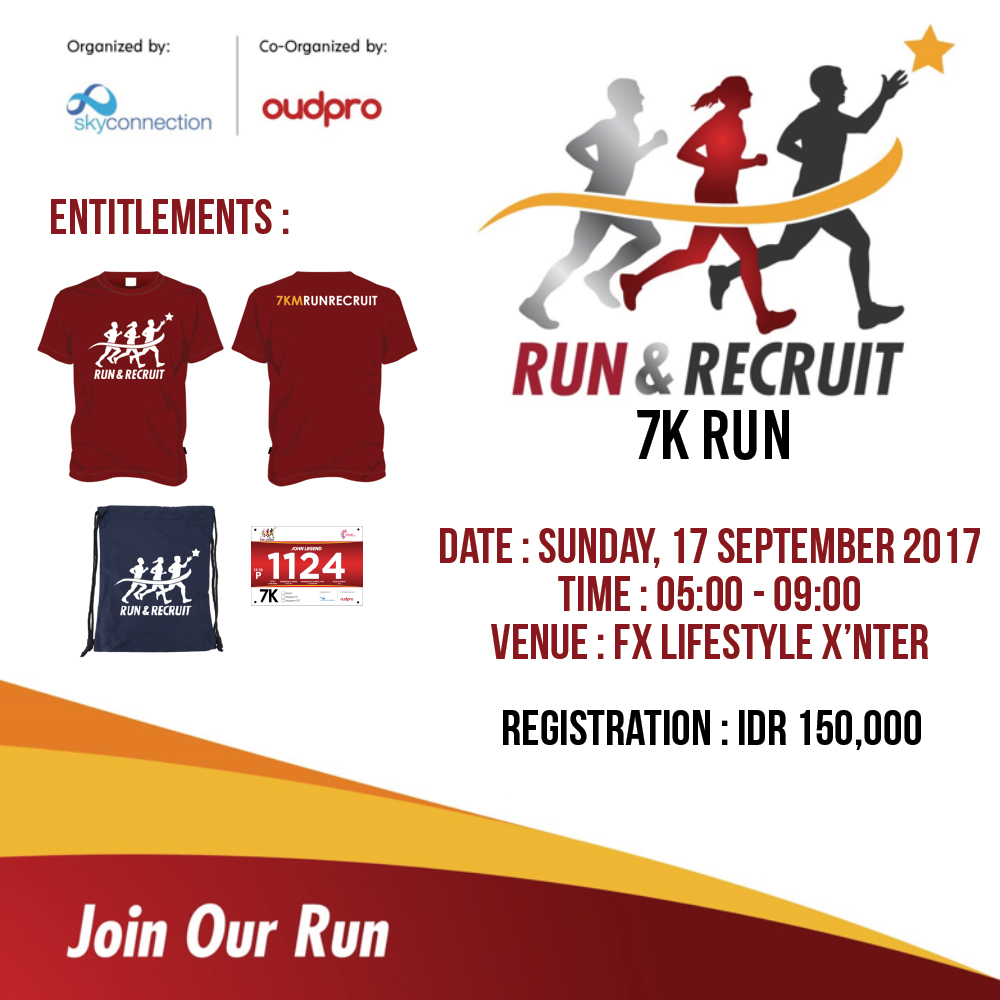 Run and Recruit is a post event or a series event of Indonesia Human Resources Forum 2017 to be held on 6th – 7th September 2017 bringing the theme “The Rising Era of Asian Leaders”. Meanwhile for The Run and Recruit planned to be held on 17 September 2017 Run and Recruit 2017 is the first event that organized by Skyconnection and co-organized by Oudpro, Run Management by Go Ladies. Recruitment is purpose for searching, finding, invite, and establish a number of people as employment candidate with ability and skill that fulfilling job specification. The result from recruitment process is a number of employment candidate who will enter the selection process, that is progress to determine which candidate most worthy to fill a certain position that available in company.
Instagram #RunAndRecruit
LariKu.info/rar17 Run and Recruit
•  17 September 2017