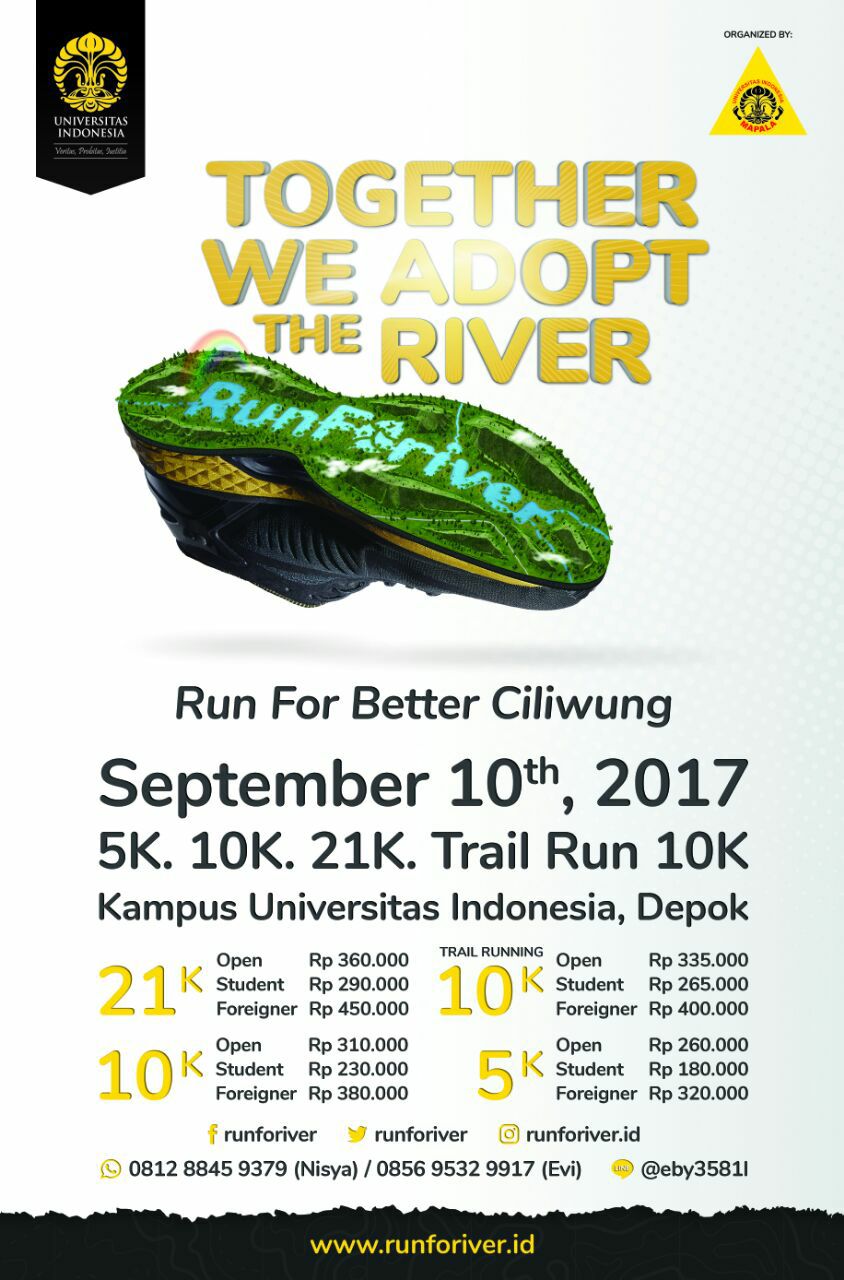 RunForRiver “Mapala UI Half Marathon” is a yearly campaign to raise awareness for Ciliwung River. In the 3th times RunForRiver held this activity (2013, 2014, and 2015), thousands of people came and participate to show their care and concern for Ciliwung River. Through this activity, we seek to introduce the concept of river adoption by conducting a 21 km, 10 km, and 5 km race in Universitas Indonesia.

RunForRiver hope that by doing this campaign the people’s awareness towards their environment will rise, and they will begin to care more for those around them. The thousands of people joining RunForRiver shows how much people are willing to contribute for the environment and will hopefully inspire more to do the same. Mapala UI, otherwise known as “Mahasiswa Pencinta Alam Universitas Indonesia”, is the oldest nature conservation student organization in Indonesia. Since it was formed in 1964, Mapala UI hasn’t only focused on outdoor activities, but also focused in implementing the tridharma of higher education, which are: education, research, and community service.