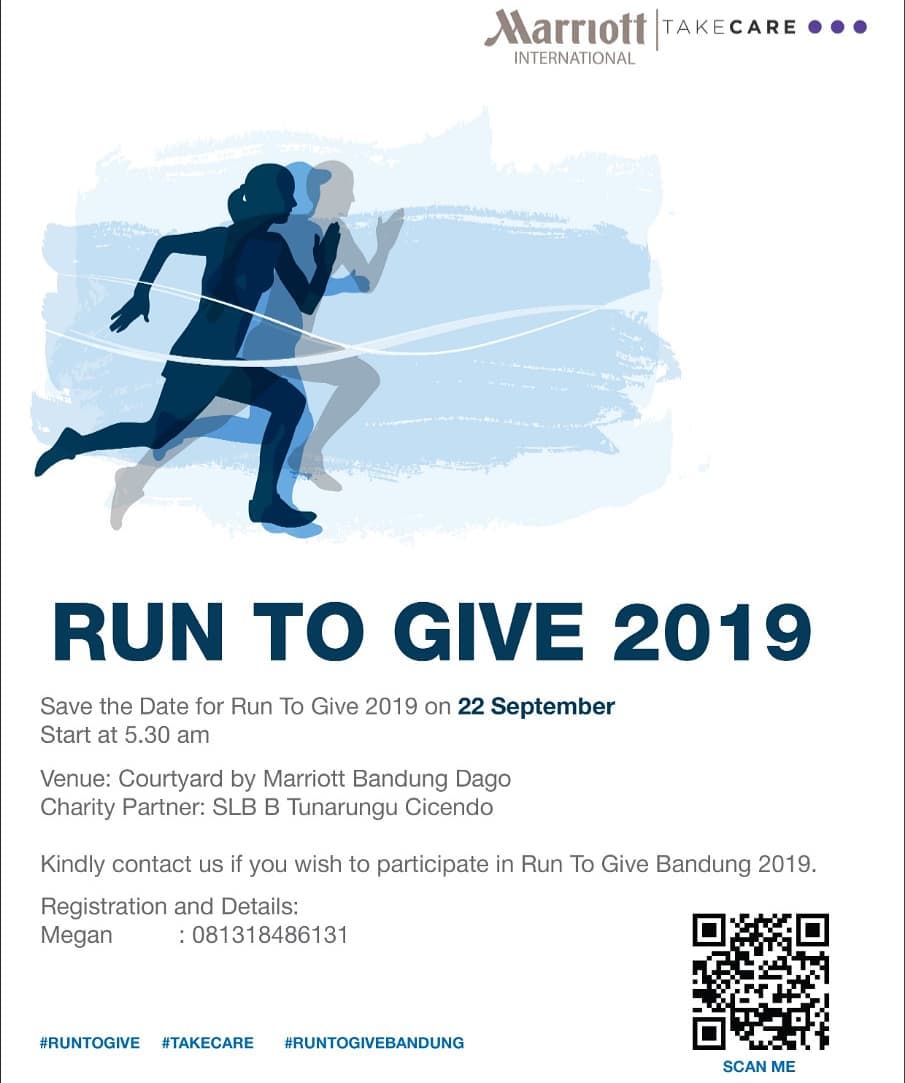 This year, Run to Give Bandung 2019 is back. Created by Sheraton Bandung Hotel & Towers, Courtyard Dago, Four Points by Sheraton Bandung and Moxy Bandung, Run to Give Bandung 2019 will contribute to SLB B Tuna Rungu Cicendo. Run to Give is an annual charity event held simultaneously throughout the Asia Pacific region by Marriott International properties and became one of the agenda awaited by the runners, in Bali, Jakarta, Surabaya, Makasar and Bandung. Since it was initiated in 2014, Run To Give succeeded in raising funds and mass and contributing to so many community members in social organizations. Join this event and run with us in #RTG2019.
Instagram #RunToGiveBandung
LariKu.info/RTGD19