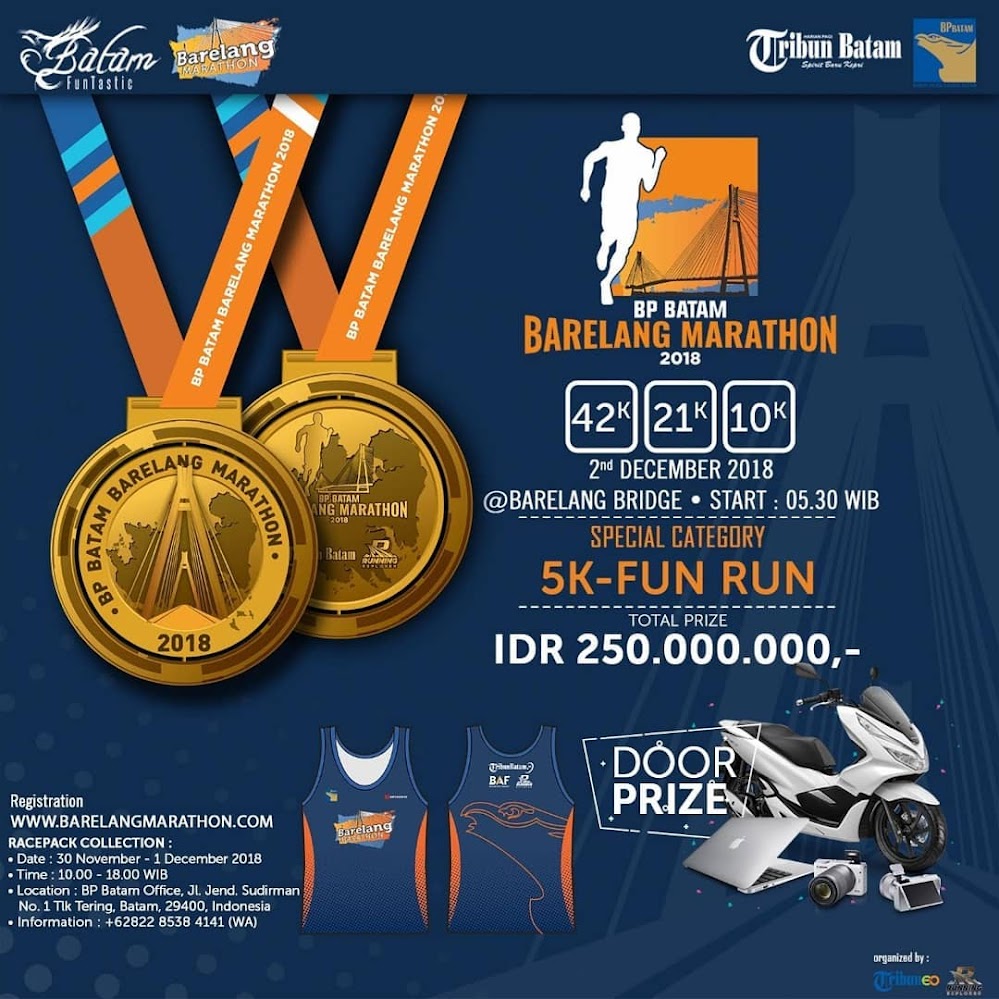 BP Batam Barelang Marathon 2018 is an International Sports Tourism organized by Tribun Batam along with Badan Pengusahaan (BP) Batam and Running Explorer as Race Management. The marathon race is also supported by the Provincial Government of Riau Islands and Batam Municipality.

The Six Series of Barelang Bridge connecting seven islands with sea views, green hills, bauxite, historical objects, dragon fruit and corn plantations are exotic race tracks which shall be spoiling all supports junkie around the world particularly marathoners with their own unique challenges and sensations. Estimate around 2500 participants could join this event with international runners around the world and also domestic runners, will run the race of their lives on Barelang bridge.

Barelang Marathon has been held since 2016 which is successfully followed by participants from various continents such as America, Africa, Europe, Asia and Australia. Barelang Bridge Batam was chosen as the location of this event because of it’s strategic position and is one of the iconic bridge is above the sea in Indonesia. 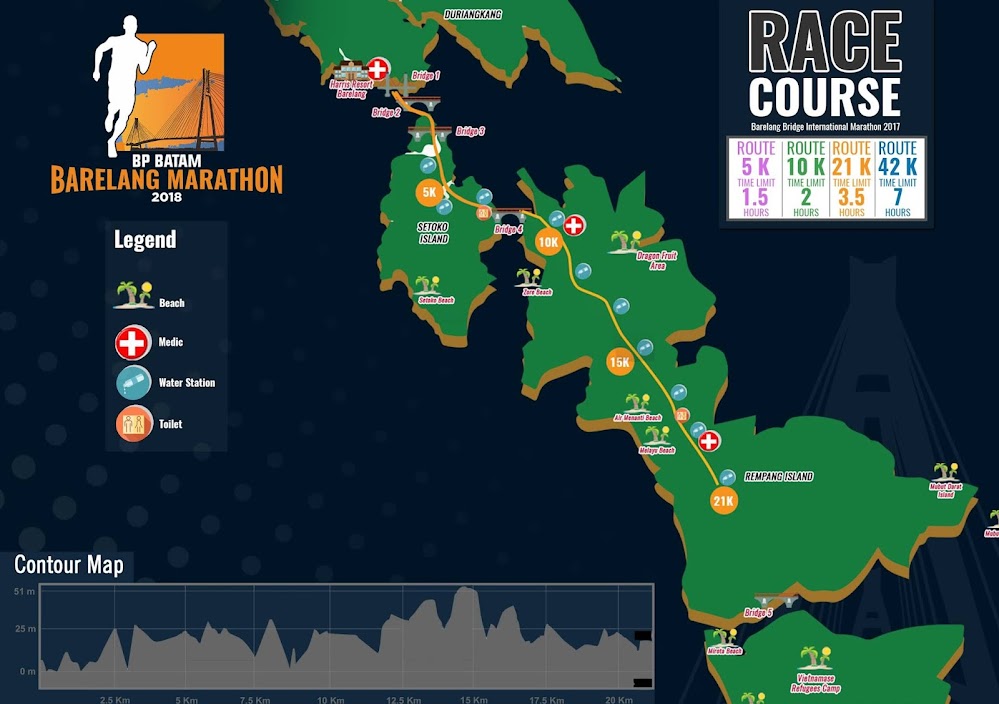